This is what we are up to these days while preparing for Christmas. 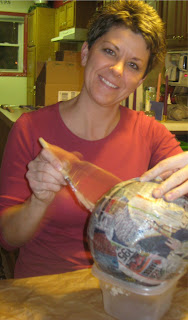 Mark and I giggled a night away crafting some paper mache gifts. Neither of us had ever done paper mache and it was quite a hilarious experience, it’s how we bond! (Be sure to check out the mach speed brush work caught on camera!) 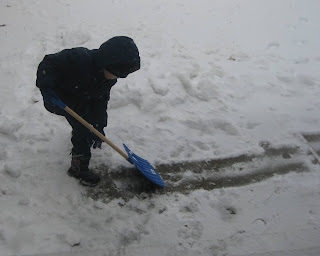 Toby has been asking Mark for his very own snow shovel since they had spotted one just his size a while back at Menards. Mark surprised him a few mornings ago with one. He has been a shoveling maniac ever since. I can hardly keep this kid inside, bless his heart, but the high temp has been in the negatives so he is going to have to take a break. 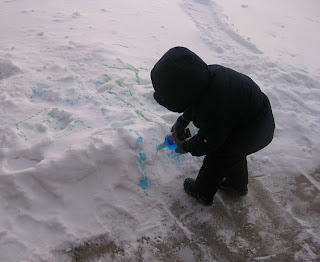 I’ve also been saving some misc. bottles for him to use for this purpose. I remember doing this when I was little too. A dishsoap bottle works best but in our case hair gel, syrup and salad dressing bottles had to do, some water and food coloring and he was off to write his name in the snow. Notice the shoveling path wondering off into the yard even….he just keeps shoveling and shoveling and shoveling…. 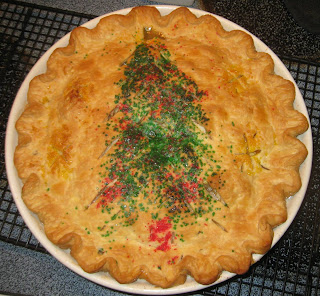 The kids have been on a major apple kick lately. They’ve always been great fruit and veggie eaters but also always go in phases with their favorites at any given time. Well, since apples are the fave right now, Toby has been requesting an apple pie. For the first time ever, I decided to try using a store bought crust instead of making it homemade. Not bad, but not homemade. The filling is fresh and I got a cramp in my hand from peeling apples though so that counts as homemade still right? 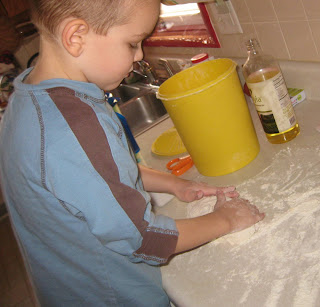 Last night the kids had a lesson in kneading bread. They always love the part where they get to cover their hands in flour, me too! I just wish someone else would step in when it’s time to clean up… 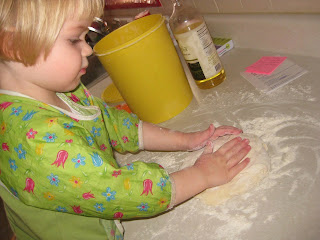 As always, they both love to help in the kitchen, so we whipped up a batch up Fun Shapes Bread which is super easy and very tasty. We will certainly be doing this a lot more often. 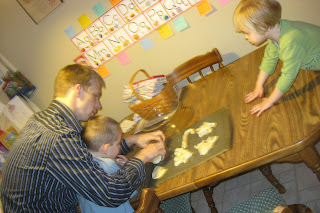 Daddy even made it home in time to help construct some fancy shapes with us. 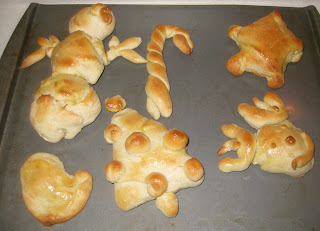 Since we were having bacon wrapped chicken and fettuccini alfredo I decided to brush them with melted butter and sprinkle them with garlic salt….wise choice, yum.
~~~~~~~~~
Previous Post: Sugar Overload!
Next Post: Happy Birthday, Jesus!