We had a wonderful weekend camping with my side of the family but before we left we had some butterflies to set free. 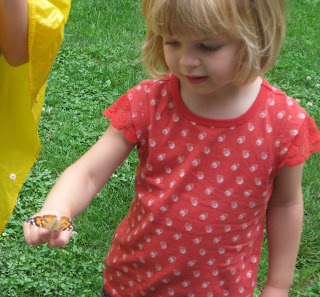 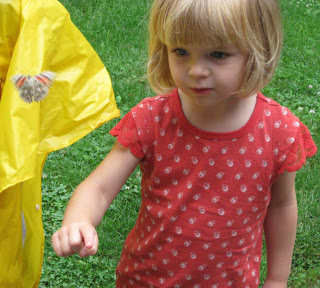 Three out of the five were set free but we decided to go ahead and keep two for the duration of their life. One never has been able to flatten his wings and is unable to fly. The other I thought had fixed his wing but did not. On one side, his over and under wings are flip-flopped so he is unable to fly more than a couple of inches. We tried to set him free but we had pity on him. We’ll just keep them and see how long they live. 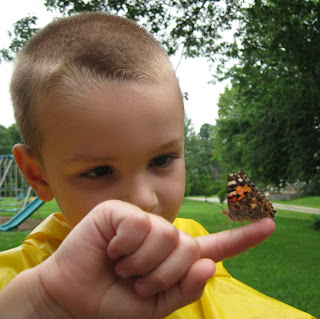 T ended up catching this one again and it crawled right back onto his hand again for one last good-bye. 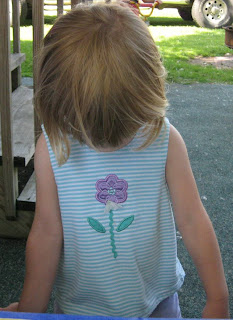 While camping M and L caught this moth and accidentally damaged it’s wing a little bit in the process. It ended up jumping over to L’s flower on her shirt and just hanging out there for several minutes while she walked around with it! It just stayed there until she took it off to let it go. Lots of moths around there which was perfect since we’ve been studying the differences between them and butterflies. 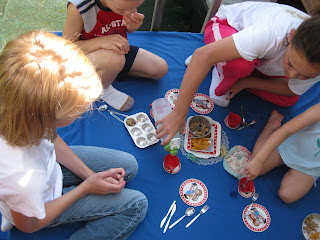 Once again we were thankful to have a Sunday/Monday weekend since the 4th fell on a Saturday and M closed to make a 3 day weekend. Given the weather on Friday and Saturday we certainly got the better end of the deal. It ended up being a perfect weekend for a huge fish fry(including all 7 of my siblings and most of their kids), boating, tea parties(lots of those!), playing with cousins, playing cards, s’mores, fireworks, swimming, and the kids even got to go tubing for their first time! 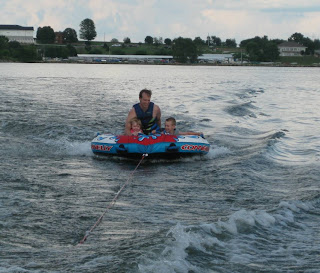 I realized last night the it has been close to 30 years since the first time that I stepped foot in this very same lake. Not a summer has passed since then that my family hasn’t spent the majority of it there, playing and hanging out together. I am so thankful that our kids are making some of the same awesome memories that I was so lucky to have, in the very same place, with many of the same people.
Previous Post: I’m hooked!
Next Post: I’m a Slacker