Sunday morning we were entertained by these characters for over an hour as the sun came up. 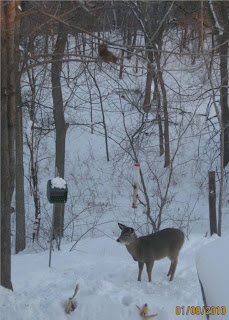 The squirrel waited so still and patiently for the longest time at the base of the branch until he finally couldn’t wait any longer. 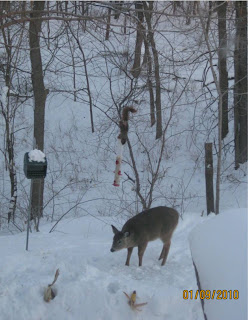 He was ready for breakfast too! 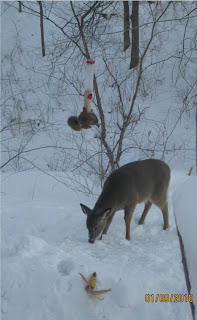 The deer never did see the corn cob laying within a foot of it. Instead it licked up the scraps that were scattered on the ground. 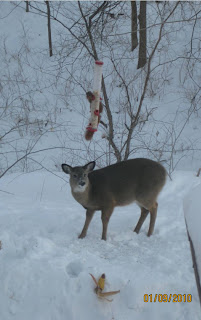 More than once the squirrel lost it’s footing and almost fell right on the deer! 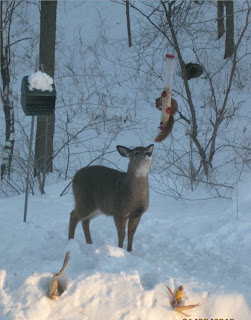 I think the deer was asking for something a little bigger! 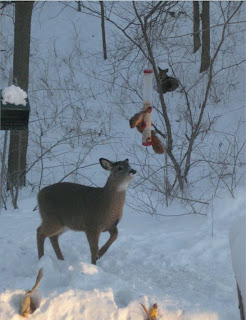 There were 4 deer that morning and they all came back again that evening. Only one came back up to the feeders and tried to eat from both of them. You just never know what you’re going to get when you feed the BIRDS!
Previous Post: Smooth and Easy Days
Next Post: Small Successes