They say timing is everything and I have to agree that it is very true in our life right now.  Having lost Sophia just 4 1/2 months ago still seems surreal but the distractions that have been thrown into our life since then were quite obviously just the way it was supposed to be.

On the heals of the recent election and just the general vibe of the state of the country/world we have had to focus on some really big issues in the grand scheme of things rather than being focused on our own personal sorrow.  We had to start lessons, friends moved away, new chickens, distraction after distraction.  With the holidays coming up we are once again forced to focus our time and energy on preparing for the celebrations to come, even when we don’t feel much like celebrating.  Our hearts are aching as it is but then we look around at what is happening in our society and they break even more.  I will apologize ahead of time if my my tone in this post comes off as negative.  Admittedly, sometimes I just get ticked off and need to get it all out and try to make sense of it all.

What we find ourselves struggling to make sense of is the fact that we are in the minority.  I don’t mean because of our race. What we realize more and more every day is that the way we try to live our life is so different from so many people that we have become “weird”.  Truth be told, we also know a lot of “weird” families just like us, but they too are the minority.

Thankfully, there are a whole lot of people who do get it, who see the moral decline of society, see exactly where it began and how it continues to thrive.  Many of those people do speak up against this new “norm” but their voices are often not heard because the actions of the majority of people creating the problem speak louder.

What’s really weird though, is that not that long ago in our history this lifestyle was the norm.

Choosing to put God first in families used to be not only encouraged but expected.  Nowadays it’s “normal” to choose not to let God be anywhere in families, schools, or anywhere else.

Kids used to be expected to speak with respect to adults and each other.  Nowadays it is common for kids to swear and put down their parents right to their parents’ faces and many parents just assume that’s just kids being kids and since many parents are not willing to choose to refrain from those actions they can’t really expect their kids not to do it. 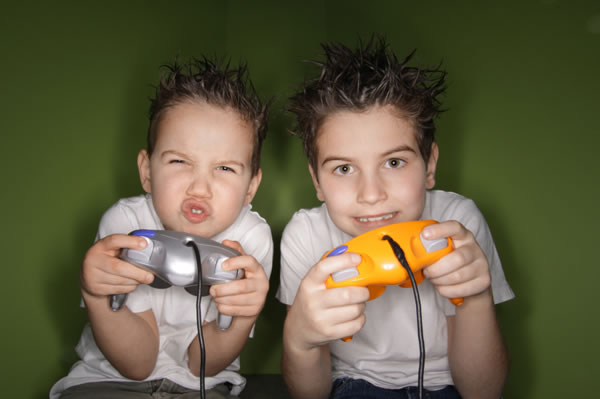 Families used to play board games, go on hikes, learn new things together, talk to each other, read together.  Now it seems that as long as you throw a few of those things in once in a while they will balance out the fact that so many families choose to watch movies or play video games that involve behaviors that are way beyond the appropriateness for the kids involved.  Video games whose purpose is to kill others with a huge amount of violence, swearing, and inappropriate sexual content are commonplace in so many homes.  Movies that 30 years ago would have been X rated are being watched by teenagers, with parental approval.  Here is a great article about how those things affect kids.  I am curious if parents really don’t know this or if they just don’t care.  It’s not like there is a lack of information out there proving  how these activities change our kids.

A while back parents were parents, not their kids’ friends until said kids became adults.  Now it seems that being “cool” is way more important than teaching respect for self and others.

There used to be a general consensus of right and wrong.  Those guidelines were laid out long ago by God and were accepted as so for thousands of years.  He made them pretty clear-cut and called them The Ten Commandments. Now it seems that whatever is right for one doesn’t have to be right for another.  We can all pick and choose what we want to believe is right and wrong.

People used to be expected to get get married first, then live together, and then have children.  Somewhere along the way these expectations were completely thrown out the window.  We were one of the last couples we know that actually did things the “old-fashioned” way.

People used to pass the time passing stories onto the next generation, discussing important world issues, handing down information from one person to another.  These days there seems to always be an electronic device separating people from that type of personal contact.  Conversations revolve around the latest t.v. shows, YouTube videos, or movies and rarely go any deeper.  If you don’t watch the latest t.v. shows on a regular basis it is oftentimes difficult to carry on a casual conversation because the latest shows seem to be all anyone wants to chat about.  Given that fact I guess we shouldn’t be quite so surprised that the day before one of the biggest presidential elections of our time the number one phrase searched on Google was “Who is running for President?”

Yet people everywhere are wondering what has gone wrong, how we got in this mess, how kids have changed so much, how corruption has taken over so much of our everyday lives.

It seems pretty obvious if you have eyes that see and ears that hear.  We are creating it.  We need look no further than into the mirror for the reason things are so screwed up.  It’s not that kids are made any differently than they always have been.  The amount of crap that we dump on them certainly has changed though.

I guess maybe we just have a different perspective on life after having looked death in the face.  But we can see clearly that it is more important the character and morals that our kids have than the number of sports they play, toys they have, or if they’ve played the latest video games, or watched all the great movies.  In the end of our time here, none of those things go with us.  While we are here, none of those things will help us get to where we want to go in life here or after.

But they will change who we are, often times in small and subtle but still very profound ways. 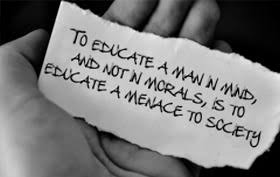 Sometimes I think maybe we are just old fashioned.  We lead a pretty simple and sheltered life.   The funny thing is, we are proud of that and we see the benefits daily.  We are really OK with it and as far as we can tell our kids know and don’t mind either.  We have a great life and we quite enjoy it.  We don’t feel the need to “escape life” through watching t.v., which seems pretty contradictory considering the drama and ridiculousness portrayed there.  I can honestly say that our life is much richer and fuller because it does not involve much, if any, of what has become “normal”.

We could just throw our hands up and say, “Oh just do whatever feels good and what everyone else is doing.”  But it would feel really, really wrong.  We all have this thing called a conscience that sometimes gives us a physical feeling like an ache in our gut when we know something just doesn’t feel right.  Unfortunately many people have learned to ignore that feeling because it might be hard to go against something that other people make look OK.  It is hard to swim upstream against a raging current trying to force you back.  But the feeling of triumph at reaching the top will far outweigh the simple pleasures of going with the flow.

We don’t have time to sit in front of the t.v. anyway, we’re too busy living. So if that makes us “weird” then I guess we’ll own it.  I would take that any day over being just like everyone else.

“Do not love the world or the things in the world. If anyone loves the world, the love of the Father is not in him.” 1 John 2:15